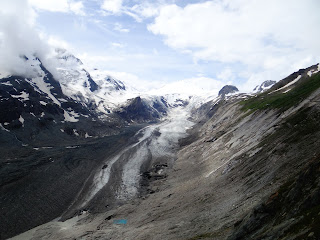 The total ice area decreased by
33 % between 1969 and 2013, which is equivalent to a mean reduction of 1.4 km² per year. These are key results of the paper "Decadal Scale Changes in Glacier Area in the Hohe Tauern National Park (Austria) determined by Object-Based Image Analysis" (Robson et.al., 2016). For this publication Daniel Hölbling (Z_GIS) and researchers from the Universities of Bergen and Oslo and from GAMMA Remote Sensing, semi-automatically classified clean and debris-covered ice for 145 glaciers within Hohe Tauern National Park for the years 1985, 2003 and 2013. 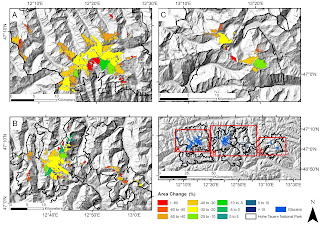 The figures are based on a comparison of the author´s results with the Austrian Glacier Inventories from 1969 and 1998. The researchers also mapped the end-summer transient snowline (TSL), which approximates the annual Equilibrium Line Altitude (ELA). They concluded that the TSL rose by 92 m between 1985 and 2013 to an altitude of currently
3005 m.