Graduate of the DK GIScience voted best researcher of his country 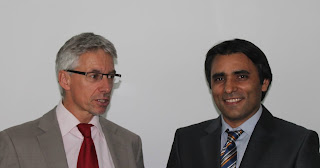 Dr. Bakhtiar Feizizadeh is a member of the faculty of the University Tabriz, Department of Remote Sensing and GIS . He was selected as the top researcher in Iran in one of three categories nationwide. A recent Stanford study also listed him among the top 2% of scientists in the world. He was moreover selected as a member of the National Elite Foundation of Iran after winning several international best paper awards and academic prices as well as a price from ESRI, the leading GIS software company for developing models for sensitivity analysis and uncertainty for GIS decision-making functions.